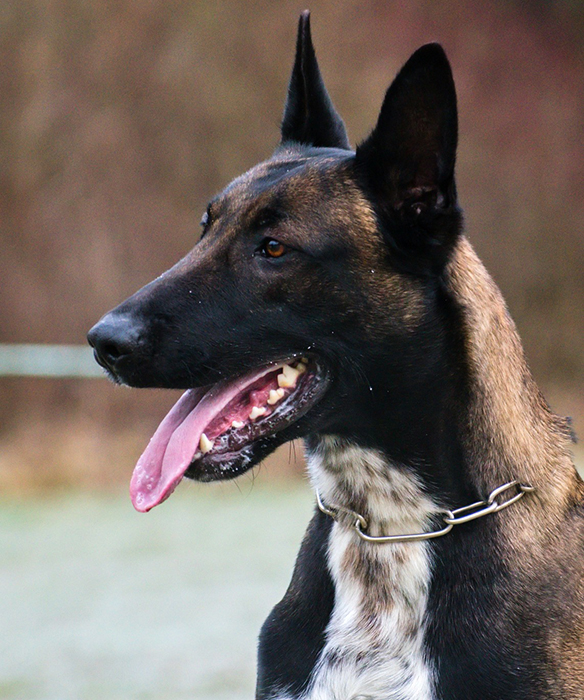 The striking white blaze across his chest may be more common for a Boxer than a Malinois but it is just as impressive on either. Then the spots Vortex has within the white blaze makes him all the more unique. He had us at first sight.

This is the second Malinois we purchase from Vortex's owner and she has done just as outstanding of a job raising Vortex as she did with the first one. Vortex has a very confident, friendly and social personality (not always the case with Malinois) whether at home, going for walks in his neighborhood, meeting new people at the barn or out and about in public. He thoroughly enjoys everyone he meets. That seems to include most dogs as well as people. When it comes to children he has not only been raised with them but has been handled by them since a puppy (see video).

Vortex's protection training has been to compete in Mondio Ring Sport, a European sport created in the 80s which combines exercises from Schutzhund as well as French and Belgian Ring sports. We happen to like this training as a background, and especially with a dog from bloodlines bred for the sport of Schutzhund/ IPG. Vortex has great drive, tremendous power, intense aggression, a crushing bite and a love of fighting.