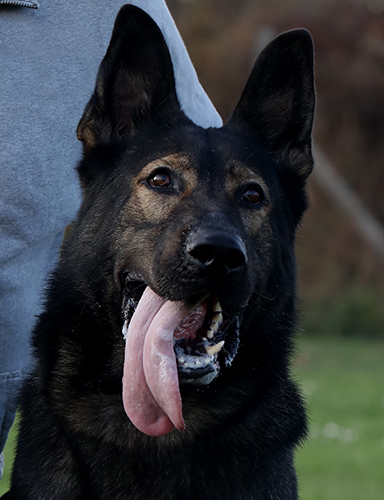 Troll is a massive German Shepherd already weighing in at 100 lbs! Most German Shepherds his size (there are few today in Europe) are loose and move more like elephants than German Shepherds. Not true with Troll. He is not only well put together but has even done well in the show ring with a V-rating (rating of excellent). That's an accomplishment just being from working bloodlines alone much less his size. Troll's personality is big like his body, and loves everyone including toddlers. He is great around other dogs as well. In protection he is powerful in drive, heart, willingness to fight and endure pain as well as a bone crushing bite. There are not too many Trolls that come around. (FYI his call name is Ikkar and can be changed).