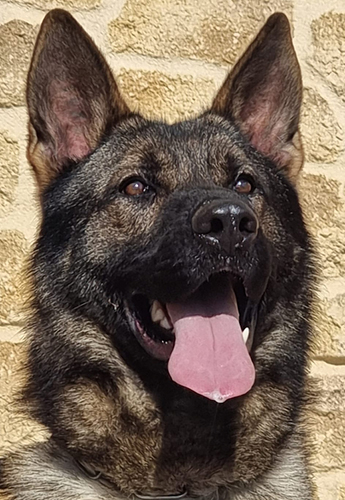 We pursued the purchase of Rorik after purchasing his brother Rary, a dog whose personality is so sweet, is so confident and always so well-mannered. Rary is the dog every family would want to own. As there is only one Rary we pursued his breeder and found that his brother Rarik was actually the pick-of-the-letter. Rorik was held back, raised and has been in training for competition in dog sports. Rorik's breeder has been a competitor at the national and world championship Rorik's training to date has been outstanding.

Rorik is excellent with everyone, including children. He has raised with other dogs and is use to playing in small groups. Rorik is outstanding in protection and is increasing in power with each session as he transitions from a sport orientation to functional protection. That power should only continue to increase as Rorik enters our Elite Family and Estate Protection Dog program.