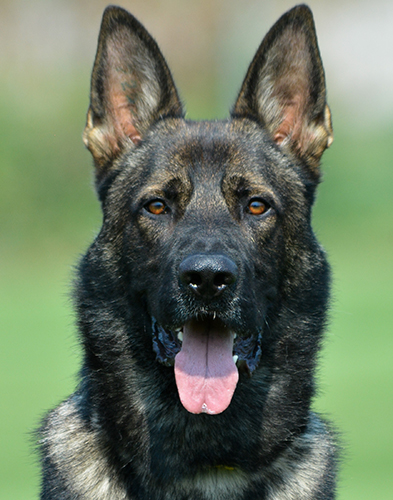 Odin has had very talented training when it comes to dog sports. His obedience has the same trademark style of his father. It is clearly as much genetic as it is training. For us this style is art. Moving, on-command, canine art! His character and personality is as perfect as his appearance and performance. He loves children, is great with other dogs and even enjoys cats and being around chickens. When "turned on" Odin has explosive aggression (we think the sight of him turned on must stop the most determined aggressor).

The price for Odin is a fraction of what he would normally sell for given his ability, appearance and training. Unfortunately, Odin had an injury to his tail which required some of it to be removed. We were able to purchase him at about half of what he would normally cost. In turn, we pass that savings on to our clients. It changes nothing other than the aesthetics of a tail that is half the normal length.