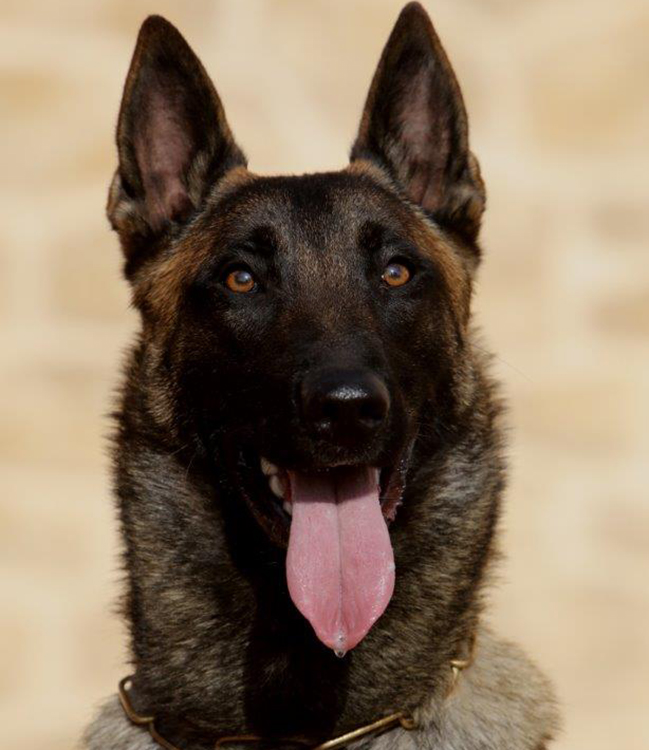 Jim was raised by a college student who, along with his father, has been competing in dog sports for years. Jim has lived in an apartment with his owner and three other students. As the apartment was in a city Jim was raised around traffic, dogs everywhere and people always coming up to pet him. His owner raised Jim for Mondio Ring, one of Europe's most difficult dog sports, which Jim has thrived in.

Jim and and owner returned to their family's home in June after graduation. In returning home Jim's owner's father spent the summer refining the competitive obedience. We have a video of Jim being handled by his owner's father. At the end of the video you see the affection Jim has for his owner when he jumps into his arms.

Jim is an extremely social Malinois, calm in everyday life, extremely friendly and very much a warrior when asked to protect.