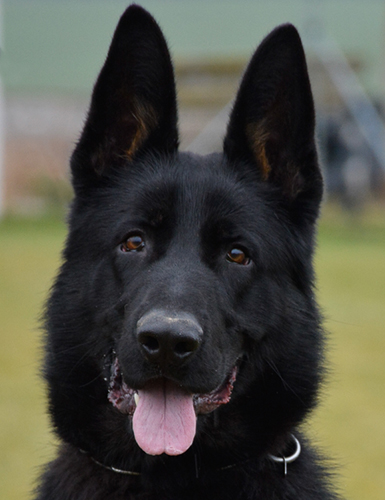 Jopo has been raised by a national competitor in the sport of Schutzhund. He has grown up at home with his father, his older half brother as well as two female German Shepherds. Jopo's owner often spent time socializing him with other dogs while hiking as well as in their training club. He has a very confident personality, and at the same time very attentive to his family. At home he has a calm demeanor, yet always ready to be playful outdoors. In protection he has strong drive, a great desire to engage a threat, a bone crushing bite and a willingness to endure an extended fight. If allowed to protect his home and property he is a very convincing deterrent.