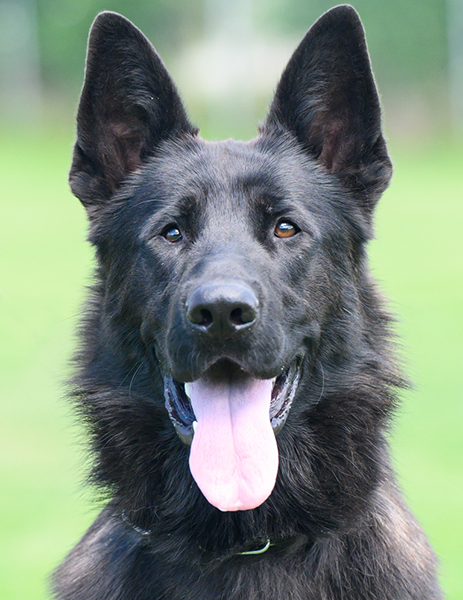 Jeck is a year old black sable (darkest black sable we have ever seen) with excellent structure (already has placed first in shows) and a gregarious personality. While Jeck went everywhere with his owner he also spent a lot of time being handled by his teenage daughters. That included hanging out with Jeck and their friends, both at home, and tagging along when they were out and about.

Jeck's protection training had been limited to the sport field where he proved to be pretty extreme. Now that he is in our hands we are taking extremes to a whole new level. We often use the term "force to be reckoned with" when describing extreme dogs. It's hard to think of any other way of describing the sheer force Jeck brings to a fight. We think his size, color, personality and ability to protect will make him a pretty hard act to follow.