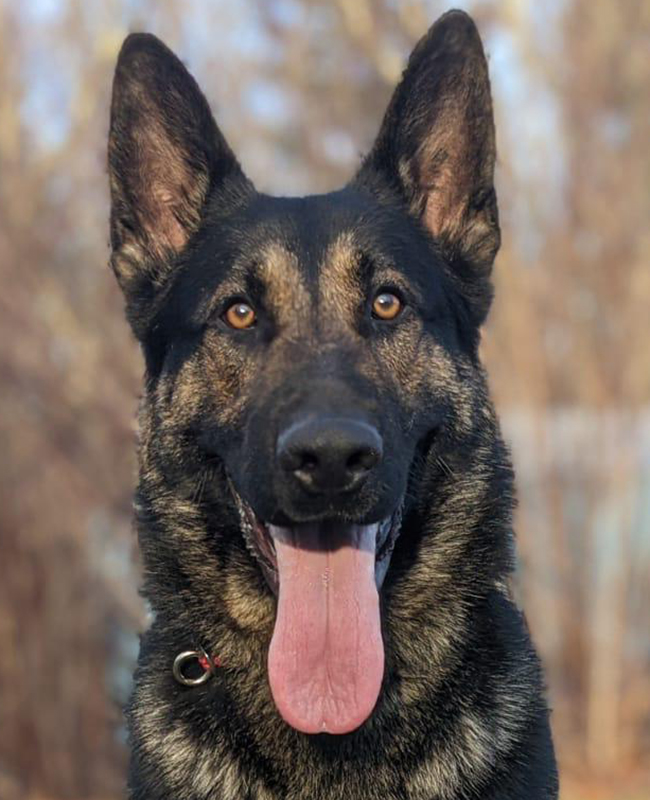 Faron has a much more powerful appearance than most German Shepherds. It's a combination of his frame, large bone and a lot of muscle mass. When that size and physical strength is combined with Faron's extreme drive and crushing bite its hard to imagine anyone physically being capable of fighting him.

What really stands out to us the most is Faron's personality. Faron is naturally very calm in everyday life. When invited to go outside and play with a tug, or go for a walk, he is upbeat, energetic and will play for hours. What is most unique is his social awareness. He seems to know how to walk into a room full of people, read it and know what to do, and who to go to. He's the same way with his owner. If Faron's beside you and you stand up how Faron reacts seems to be almost always in sync with your intentions. If you're getting up to get a drink he's going to be very casual. If you're getting up to take him outside to the bathroom he's going to be a little more active. If you're getting up to take him out to play he's going to be very excited like a puppy. All three responses would likely be before you show any sign of what you're about to do with him. This quality in him makes for such an enjoyable relationship. One of our trainers in Europe described it as being more like a friendship with a person than a dog. Again, we are so impressed with Faron protection skills but it's his personality that has won us over.