Sold to: Curt in Tulsa, OK 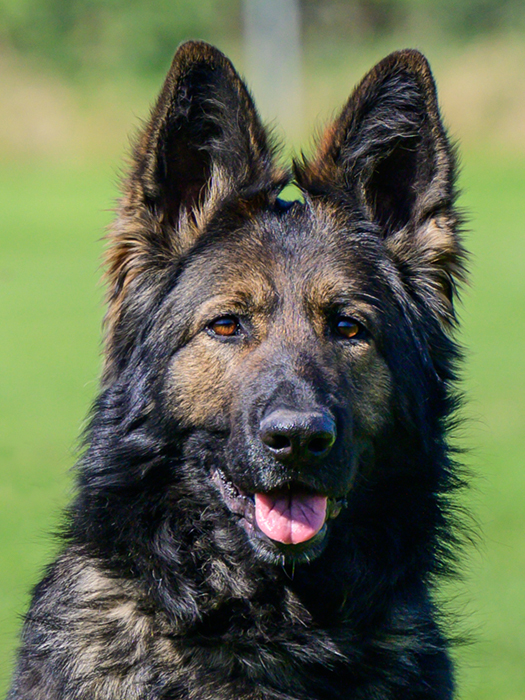 Calypso is a beautiful long-coated sable whose father is known for producing excellent character, powerful drive and stylish performance. He also happens to be a two time competitor at the world championship. Calypso was raised by the same competitive trainer as her father. She certainly follows in his footsteps in how she performs. She is very flashy in obedience with her own unique style, INTENSE in protection, loves everyone she meets and great with other animals.

While most dogs in Europe have not been doing sport training for over a year as a result of Covid Calypso has been in training daily. She has been prepared to make a pretty big impression at this year's championships which are presumed to be resuming this fall. At least that was the plan until we bought her.

Also worth mentioning is Calypso has been raised around other dogs (including a dominate female Border Collie) as well as chickens, geese, ducks, goats, cows and horses. She loves them all!