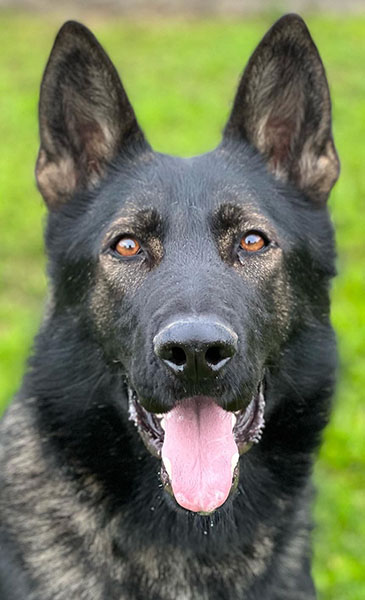 Bono is a handsome, medium sized black sable German Shepherd with a family oriented background. He was raised in a home with two 7 year old twin sisters who he loved spending time with together. At home Bono also enjoyed the company of another male German Shepherd and a female Shitzu. Starting at 10 weeks of age Bono’s “Mom and Dad” would bring him to our trainer in Europe for classes three times a week. As Bono was being raised with eventually selling him in mind, the decision was made early on to train him for our program. Bono has thrived throughout each phase of our training.

Bono’s protection is powerful including drive, bite and fighting ability. One aspect of Bono’s protection we appreciate most is his ability to handle pressure and remain unphased. As with the majority of our dogs as powerful Bono, he is gentle enough to play a casual game of fetch with children.