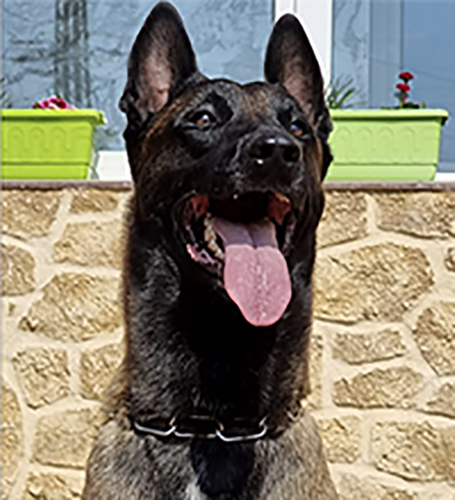 Wodan is taller than 99% of European German Shepherds and Belgian Malinois (68cm) and weighs in at around 90 lbs. He has been in training daily including biking, obedience, tracking and protection a minimum of three times a week. We assume given Wodan's height he will likely weigh 100 lbs + once he exercises/ works less per day).

While very extreme and powerful in protection (extreme drive, crushing bite and tremendous physical strength) Wontan lives a very quiet life at home as you can see in the pictures below. He was taken everywhere possible with his owner, and it seems like a whole of of places maybe it’s not possible. He’s camped, he’s been by their side to tourist attractions, in restaurants, seeming biked throughout Europe (spent time daily biking even while traveling!. Wudan has been raised with children, and a small dog His competitive training has prepared him for national/ world championship competition.