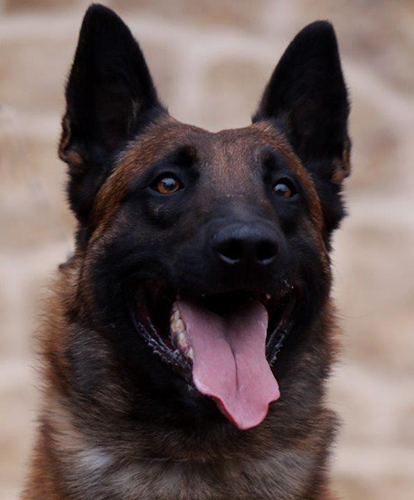 Bomber is a two year old son of Adonis, one of the most spectacular Malinois in Europe. We have imported many Adonis puppies from Europe and have been amazed with all of them. We are not alone in being so impressed. Adonis progeny are so incredible that until now it has been impossible to purchase an adult out of him. That is until now. We have had the privilege to purchase Bomber, an Adonis son and full brother to Crash (a dog with a celebrity following around CPI).

Bomber, like his brother Crash and father Adonis, is large (85 lbs), powerful looking, has a big personality, calm in everyday life, loves everyone he meets, protective of the home and extreme in protection. He will be trained similar to Crash with a lot of CPI extras (targeting the crotch in protection on-command, heeling on either side depending on command; running backwards in the Secure exercise, etc).

These pictures of Bomber were taken and Europe and do not do him justice. We will be updating pictures soon.