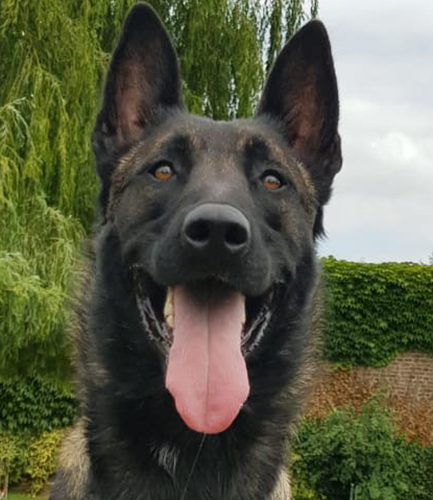 Atticus is a one-and-a-half-year old Belgian Malinois, imported from France. His background, as with most French dogs, is the French Ring Sport. This dog sport is recognized as the most difficult dog sport in all of Europe. Atticus is already prepared for Ring III title at just 18 months old. He has great drive, a powerful bite and a willingness to fight. Atticus has been raised in a family with young children. His sweet personality makes Atticus loved by everyone he meets.